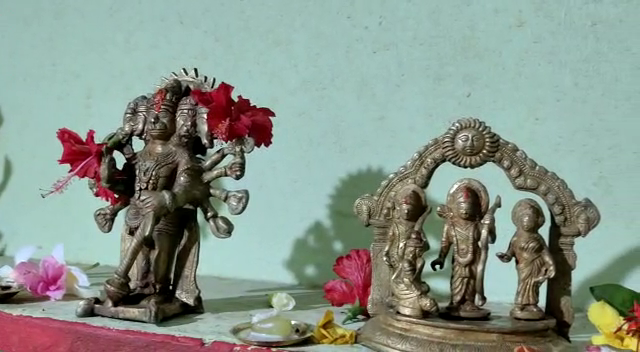 Cuttack: As many as 14 antique idols were unearthed from a house at Nahabhanga village in Biribati area here in the district.

The large number of ancient brass idols of Hindu gods and goddesses were discovered during excavation inside the house belonging to one Dinabandhu Behera.

According to reports, a few days ago, the owner of the house got the divine instruction (swapnadesh) in his dream showing that idols are buried underneath the house.

Subsequently, a crack was found on the floor of the house. Following instructions in his dream, some portion of a room of the house was excavated to confirm the presence of the idols under the ground.

Following discovery of the ancient brass statues, a team of ASI reached the site and started examining the idols.

Out of curiosity, the villagers crowded to the house to see the ancient idols of deities.