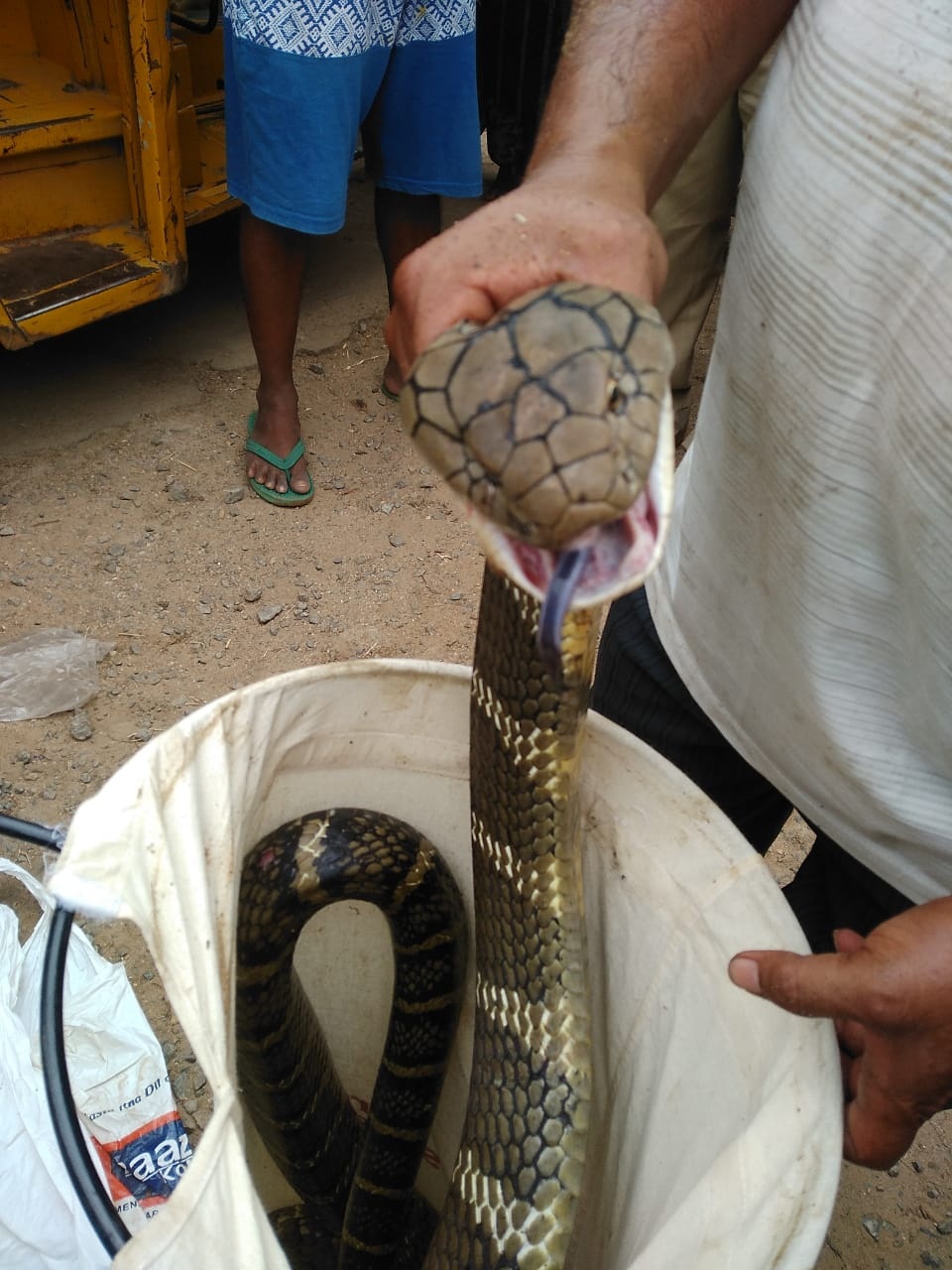 Rayagada: A 15-ft-long king cobra was rescued from a house in Hata Seskhal area of Rayagada district today.

The giant snake was spotted by the members of the house following which they informed the snake helpline in the district for rescue.

Based on the information, a joint team of snake helpline members and forest officials conducted an operation to rescue the reptile, which weighs around 30 kg.

The king cobra was released into the forest following rescue.