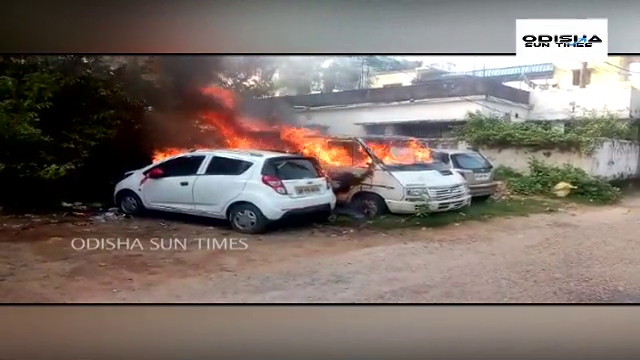 Bhubaneswar: Three four-wheelers parked on roadside near Chintamaniswar under Laxmisagar police station here were reduced to ashes after a major fire broke out yesterday afternoon.

As per reports, a Class 9 boy was smoking a cigarette hiding in an abandoned car parked at Lane 3 in Chintamaniswar yesterday afternoon. Seeing a passerby, the minor boy threw the half-burnt cigarette in the car and ran away. Later, the vehicle caught fire from the flames of the half-burnt cigarette and in no time the fire quickly spread to two other cars parked adjacent to it.

On receiving information, fire officials reached the spot and doused the flames with the help of locals. While two of the vehicles were completely gutted, major portion of another was damaged in the fire.

New Data Protection to be placed in Parliament soon: Prasad

No doubt Indian cricket will continue to prosper under Dada: VVS