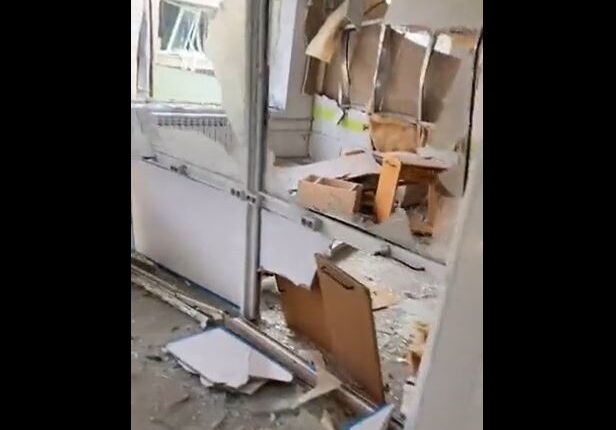 Kyiv: Authorities in Mariupol on Thursday said that at least three people were killed and 17 others injured after a maternity and children’s hospital in the besieged Ukrainian city was hit by a Russian strike the previous day.

In a social media post, the Mariupol City Council said the victims included one girl child, while doctors and women were among the injured.

At around 4.30 p.m. on Wednesday, Russian planes dropped several powerful bombs on the hospital.

Some hospital buildings were razed to the ground following the strike.

Mariupol. Direct strike of Russian troops at the maternity hospital. People, children are under the wreckage. Atrocity! How much longer will the world be an accomplice ignoring terror? Close the sky right now! Stop the killings! You have power but you seem to be losing humanity. pic.twitter.com/FoaNdbKH5k

Mayor of Mariupol Volodymyr Boychenko declared the attack as “an act of genocide perpetrated by Russia”.

“Russian troops are purposefully and ruthlessly destroying the civilian population of Mariupol. The whole world should know about Russia’s crime against humanity, against Ukraine and against the people of Mariupol,” the post added.

Sergei Orlov, the Deputy Mayor of Mariupol, told the BBC that he was “absolutely sure they (Russians) know about this facility and this is the third hospital that they are destroying in this city”.

He added that a 300-bed hospital dedicated to treating Covid patients had been destroyed by artillery shelling on Tuesday, along with a blood-collection centre in Mariupol.

“I’m absolutely sure (these are their) targets,” Orlov added.

According to the World Health Organization, at least 18 different attacks on health facilities in Ukraine since the invasion began.

Ukrainian President Volodymyr Zelensky has termed Wednesday’s attack on the maternity hospital as an act of “war crime”.

In his nightly video, the President said that “everything that the invaders are doing to Mariupol is beyond atrocities already”.

“What kind of a country is Russia, that it is afraid of hospitals and maternity wards and destroys them?” he asked.

The attack has triggered widespread condemnation.

While the White House termed the attack as a “barbaric use of force against innocent civilians”, UK Prime Minister Boris Johnson said on Twitter that “there are few things more depraved than targeting the vulnerable and defenceless”.

Mariupol has been surrounded by Russian forces for several days, and repeated attempts at a ceasefire to allow civilians to leave have failed, the BBC reported.

According to Deputy Mayor Orlov, at least 1,170 civilians have been killed in the city since Russia began its war on February 24.