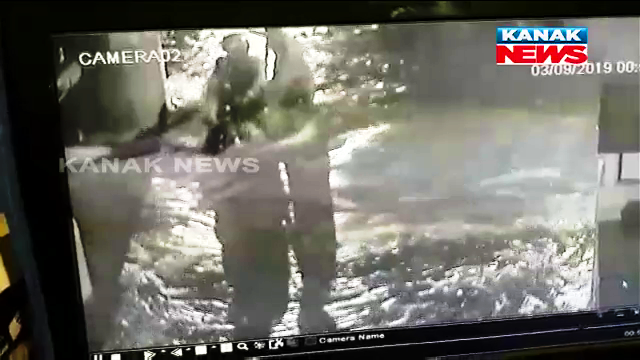 Bhubaneswar: Raising serious concern over the prolonged water-logging issue in the Smart City, three youth swept away in a flooded drain in Acharya Vihar area here late last night. The incident came to fore after a CCTV footage of the incident surfaced on media this morning.

In the video, three youth can be seen wading through waist-deep water with a bike. They later lost control due to strong water current and fell into the flooded Drain-4 in Acharya Vihar here.

Reportedly, the incident took place at around 12.55 AM. However, the identity and whereabouts of the trio is yet to be ascertained.

3 youth swept away after falling into flooded drain in Bhubaneswar

Three youth swept away after falling into flooded drain in Odisha capital.[[Watch Video]