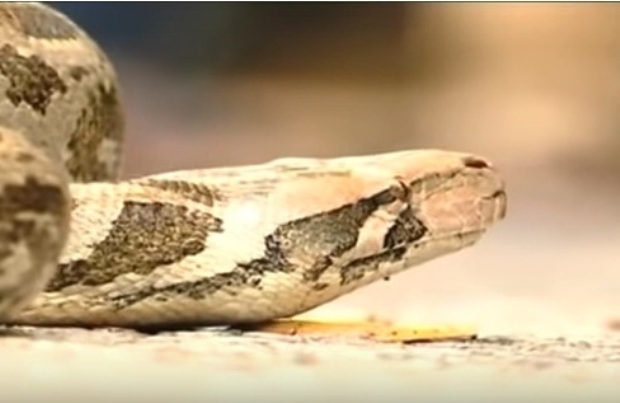 Malkangiri: Panic gripped the District Headquarters Hospital after a seven-ft-long Indian rock python was spotted on its premises here this morning.

After an hour long operation, the snake helpline members rescued the huge snake from the hospital.

The python was very active during period of rescue operation. It was caught from a pipe located at main entrance of the hospital.

According to reports, the snake was spotted by the hospital security at around 8.00 pm last night. He informed about it to the hospital authorities, who called on a snake helpline member to rescue it.

“After receiving a call from the hospital staff, we rushed to the spot for rescue. However, we struggled around half an hour to catch the snake,” said snake helpline member Satyajit.

“We will hand over the python to the forest department following which we will release it into forest on direction of the officials,” he added.

The series of python rescue in Malkangiri town indicated that the snakes are moving towards urban areas due to destruction of forest.

Earlier, a huge python was rescued from an almirah of a house. Another python was caught from a temple kitchen in the town of tribal district.