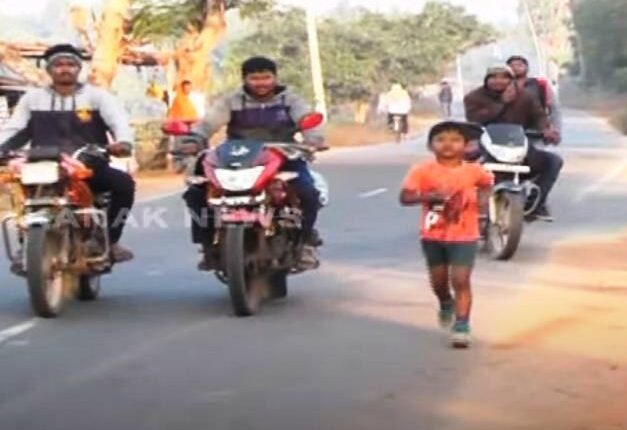 Puri: Seven-year-old Soumyoshri Sahu of Jamuna village under Krushnaprasad block of Odisha’s Puri district has emerged as a child prodigy as the boy is able to run 25 kilometres non-stop.

The class-II student’s unbelievable ability of running such long distances came to fore recently when he told his father to allow him to go for morning walk. Soumyoshri took his father and locals by surprise as he ran 18 rounds of a nearby field during the morning walk without getting tired.

Few days later, his father told him to run on road and was shocked to see that the boy could run for 25 kms from Jamuna village to Nandala village without stopping.

It may be recalled here that Budhia Singh of Odisha had created record by running from Puri to Bhubaneswar at the age of five covering 65 kilometres in seven hours and two minutes in 2006. He was later acclaimed as world’s youngest marathon runner.

Craving for alcohol, 3 brothers die after drinking sanitiser in MP