Mumbai:  Superstar Amitabh Bachchan, today, shared a video of Little Aaradhya on Twitter uploaded by a fan on the social media platform.

Earlier this morning, Aaradhya was spotted leaving for her school’s annual function, with her mother Aishwarya Rai Bachchan. She looked pretty in a traditional green and red saree, a red bindi and a white gajra tied around her hair bun. The youngest Bachchan recited a poem- ‘Kanya’ on stage with a confidence that is rare for her age. 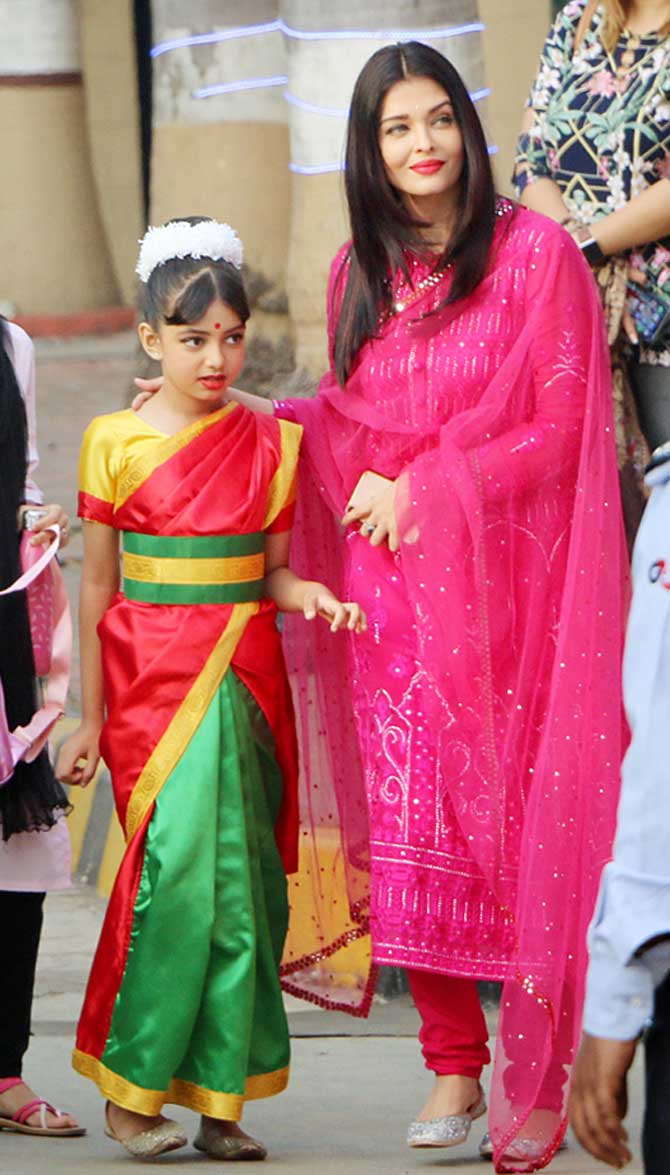 Little Aaradhya received praise from Twitterati after a video of her recitation was uploaded by one of Big B’s fans on Twitter. While one user appreciated her confidence on stage, another wrote, “Like Grand Father, Like Grand Daughter.”