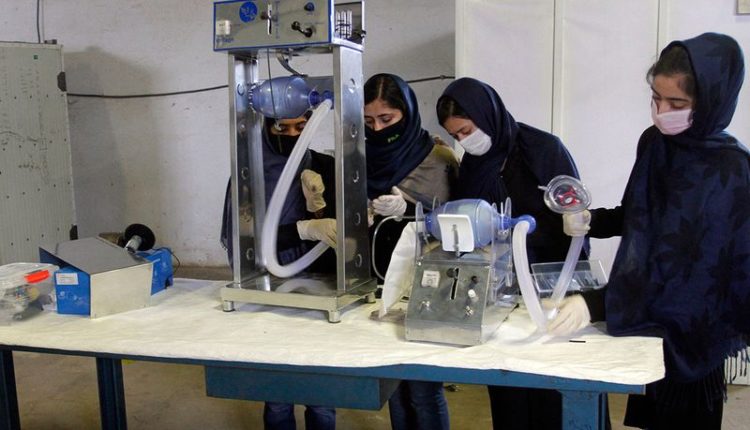 Kabul: A team of robot designing girls in Afghanistan is trying to build a low-cost medical ventilator from car parts, as health authorities look to boost critical-care capabilities for coronavirus patients in the impoverished country .

The members of Afghanistan’s prize winning girls robotics team say that they’re on a live saving mission to build a ventilator from the used car parts and help their country battle against the virus.

“The team is working with the local health specialists as well as experts from Harvard University to produce the prototype based on the design by Massachusetts Institute of Technology”,said Roya Mahboob, who runs an Afghan tech company and sponsors the team of five girls.

Afghanistan faces the pandemic nearly empty-handed. It has only 400 ventilators for a population of more than 36.6 million. So far it has reported just over 900 coronavirus cases, including 30 deaths, but the actual number is suspected to be much higher since test kits are in short supply.

They are part of a bigger group of achieving high school girls known as the “Afghan Dreamers”, from the western city of Herat.

At the workshop, the team is experimenting with two different designs, including an open-source blueprint from the Massachusetts Institute of Technology. The parts being used include the motor of a Toyota windshield wiper, batteries and sets of bag valve masks or manual oxygen pumps. A group of mechanics helps them build the frame of a ventilator.

“The complicated part is how to adjust the timing and pressure of pumping, as different patients require different volume and pressure of it based on their age and severity of their condition,”says, Somaya Farooqi, 17-yr old.

The group will finish building prototype by May or June.

The ventilator model, once completed, would then be sent to the Health Ministry for testing, initially on animals, said spokesman Wahid Mayar.

We appreciate and encourage these hardworking girls, our sisters, for their efforts to produce ventilators, says Mayar.

Afghan officials had reported at least 784 coronavirus cases and 24 deaths across the country.

Two minor girls raped in a day in Odisha