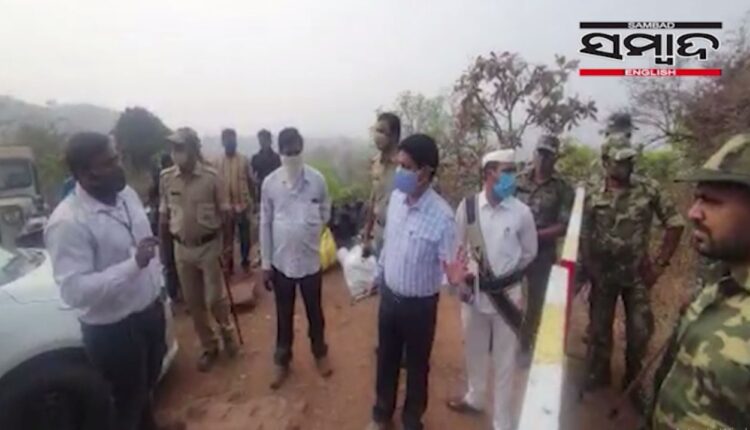 Jeypore: At a time when the Odisha government has moved the Supreme Court against the Andhra Pradesh government’s notification on panchayat elections in Kotia group of villages, the neighbouring State’s Parvathipuram ITDA, R. Kurmanath along with other officials on Thursday engaged in a verbal duel with an Odisha official while trying to enter Dhulipadar village  in Kotia.

The ITDA official and other officials of the Andhra Pradesh government reached the bordering villages of Kotia on Thursday morning and asked Narayanpatna Tahsildar Abhishek Das, who was Executive Magistrate In-Charge and present at the border, to remove the barricades.

As some villagers in the Kotia group of villages tested positive for Covid, the area was declared as a containment zone and prohibitory orders of Section 144 was clamped April 7-10.

Even though, the Narayanpatna Tahsildar opposed the Andhra official’s bid to enter the bordering villages of Kotia, the ITDA official from the neighbouring state engaged in an argument. The ITDA official claimed that Kotia group of villages is a part of Andhra Pradesh State.

In his reaction, the Koraput Collector said the district administration will apprise the Supreme Court about the incident as the border dispute is sub-judice.