[Watch] Another CCTV footage of Jharaphula, alleged lover having lunch in Dhaba surfaces 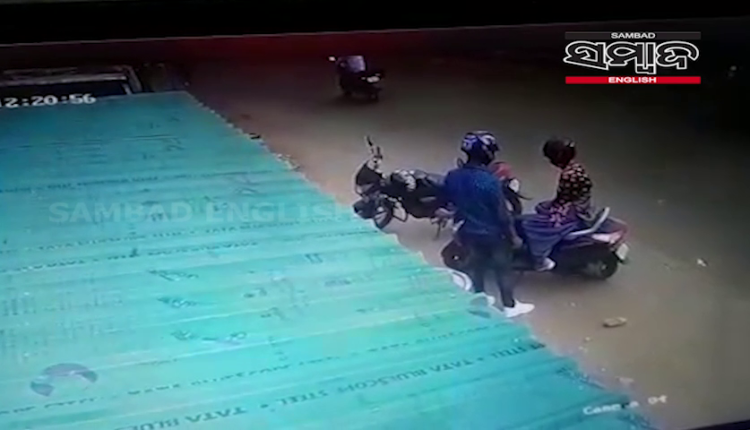 Bhubaneswar: Another CCTV footage of deceased Jharaphula Nayak and her alleged lover Rakesh Swain having lunch together at a roadside Dhaba in the state capital has surfaced.

The video captured from a CCTV installed at the hotel shows the two arriving at the eatery on a scooter with both wearing helmets at 12.20 PM  on January  26.  Both entered the Dhaba and had their lunch before leaving at 1.06 PM.

Yesterday, a video captured from the CCTV installed near a guesthouse, where the two had stayed in Dharma Vihar area under Khandagiri police limits, had surfaced. The video showed accused Rakesh Swain driving a scooter with Jharaphula riding pillion in morning hours on January 27.

Also Read: Jharaphula Stayed At Hotel In Bhubaneswar With ‘Lover’ On Jan 26 !

Meanwhile, the accused, who was arrested on January 28, was produced before the district court in Jajpur yesterday. The Kuakhia police has sought a 5-day remand of the youth for interrogation. The court will hear the matter next on February 1. Rakesh has been sent to judicial custody.