[Watch] Auto rickshaw driver beaten up by woman for misconduct 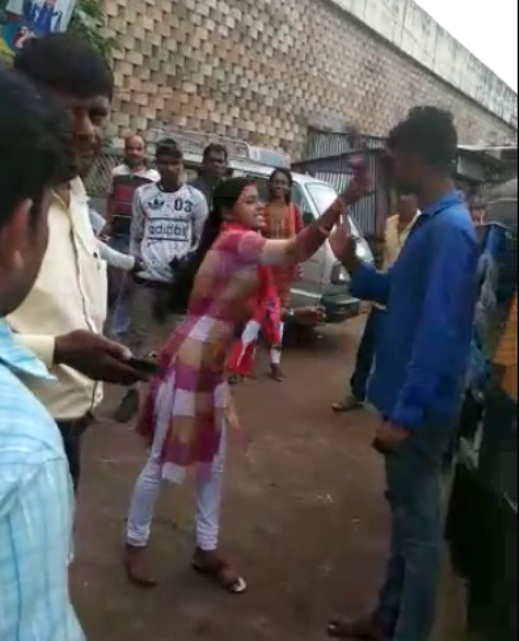 Bhadrak: An auto rickshaw driver paid a big price for his alleged misconduct with a young woman as he was beaten up with shoe in public here in the district.

The incident took place on Friday at Bant square in Bhadrak district where a woman fiercely reacted to a wrongdoing with her by an auto rickshaw driver without resistance.

According to reports, the woman was travelling on an auto rickshaw from Charampa to Bant square yesterday afternoon. As the rear seat of auto rickshaw was packed, the driver asked the woman passenger to sit on the front seat adjacent to him.

Taking advantage of the situation, the driver allegedly misbehaved with the woman by touching her inappropriately. Protesting it, the victim alighted from the auto rickshaw and started beating him up with shoe in presence of other passengers.

Till last report came in, no police complaint was made at police station.

Condolences pour in after the demise of Arun Jaitely