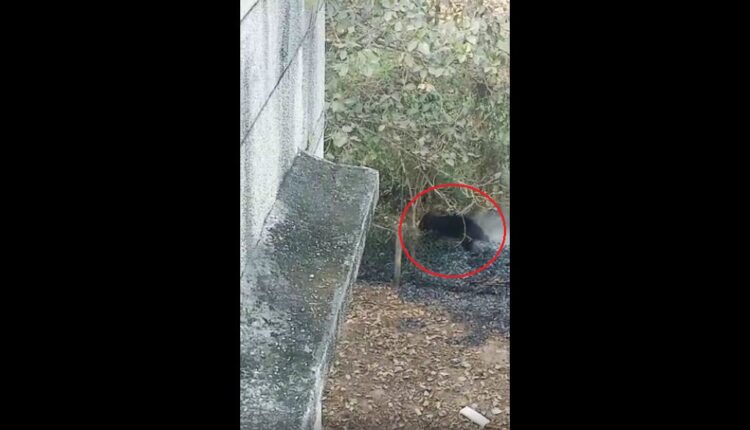 Balasore: Panic gripped students of Fakir Mohan (FM) University in Odisha’s Balasore as a bear was spotted roaming inside the campus, this morning.

Locals and students were seen trying to ward off the animal from the campus.

A person had yesterday sustained critical injuries after being attacked by a bear near the university. Following the incident, locals had set all nearby bushes on fire.