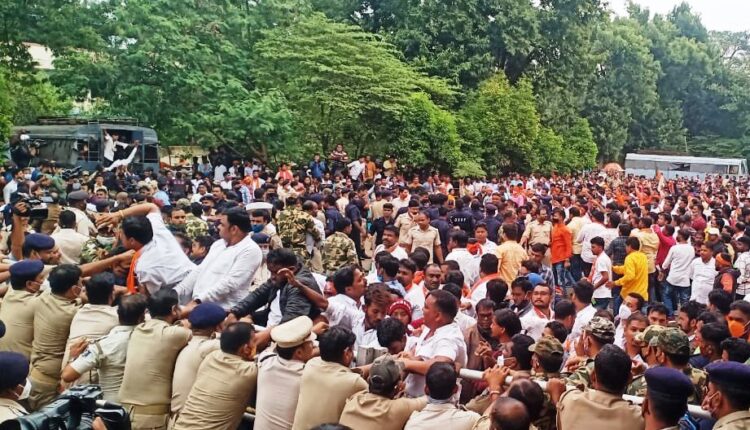 Bhubaneswar: Lower PMG here today witnessed violent scenes as BJP workers ransacked a police vehicle during a rally by the saffron party while the cops resorted to lathicharge.

As per reports, hundreds of Bharatiya Janata Yuva Morcha (BJYM) activists took out a massive rally from the party’s state headquarters to Lower PMG demanding resignation of Minister Dibya Shankar Mishra over his alleged involvement in the Mamita Meher case.

They were stopped by policemen at the Lower PMG as they tried to scale and break the barricade in order to head towards the Odisha Legislative Assembly to gherao it.

The clash erupted between the agitators and cops during the process. The party workers were seen vandalising a police vehicle at the spot and pelting stones at the cops.

In a bid to disperse the agitators, police resorted to lathicharge.

Some BJP workers, a journalist and an IRB jawan were reportedly injured in the incident. The agitators were later taken into preventive custody.