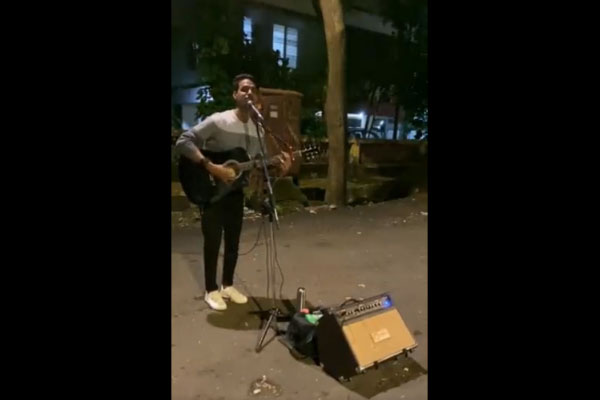 Bhubaneswar/Mumbai:   A young boy singing Bollywood’s 90s song ‘Jab Koi Baat Bigad Jaye’ on the streets of Mumbai has become the internet’s new sensation after a video of him singing went viral and actor Hrithik Roshan is impressed by his voice.

In the two-minute and ten-second video shared on Twitter by @ankitv, the boy named Shakeel is seen standing on a lane, playing guitar and singing ‘Jab Koi Baat Bigad Jaye’. Beside him are a couple of UPI QR code and a template  with a mobile number and a note which reads, “ Thank you for your contribution, It pays my music school fees.”

Apparently, Shakeel was singing on the lane to arrange some money that he could use to pay as fees in his music school.

The video has so far noted over 55K views and netizens have praised young Shakeel’s singing on the comment section. As the video went viral, actor Hrithik Roshan shared an extended link of the video and wrote, “Wow. How cool is this !!”