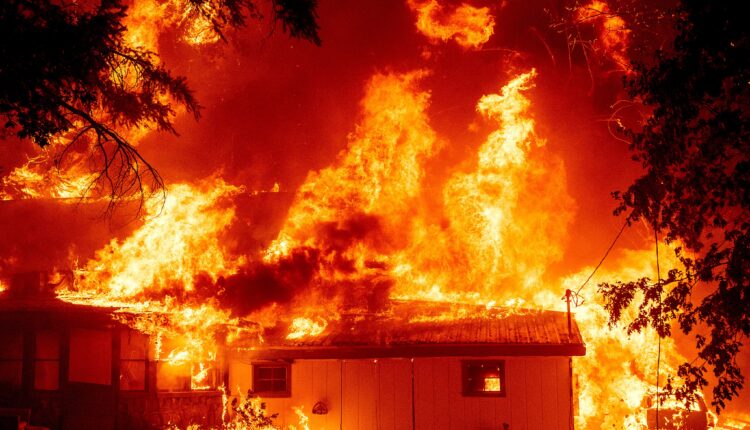 San Francisco: The Dixie Fire in Northern California which erupted on July 14, has burned more than 244,000 acres of land so far, according to state officials.

The fire, which started about 10 miles northeast of Paradise, is California’s largest blaze so far this year and now covers 244,888 acres in Butte and Plumas counties, Xinhua news agency quoted the California Department of Forestry and Fire Protection (Cal Frire) as saying on Sunday.

Video thread of the Dixie fire taken on 7-31. #DixieFire pic.twitter.com/3eBqFU5xiL

It was about 32 per cent contained as of Sunday morning.

The cause of the fire is still under investigation, Cal Fire added.

A total of 10,435 structures were threatened, according to the Department.

As firefighters continue making progress on the incident, evacuation orders and warnings in many zones have been lifted.

A total of 83 wildfires are currently raging across the US.

The Bootleg Fire, the nation’s largest wildfire, is still raging in southern Oregon, burning 413,562 acres since igniting last month, according to InciWeb, the clearinghouse for fire information in the US.

The fire has torn through more than 400 structures and at least 342 vehicles.