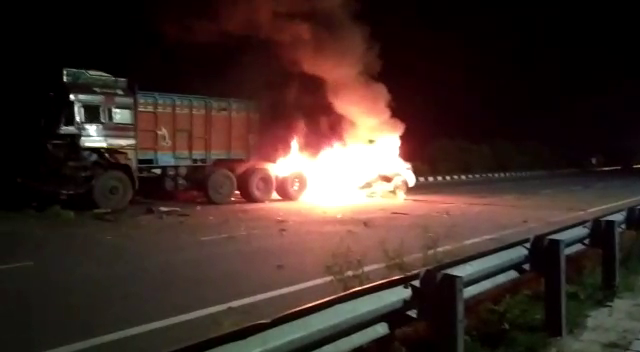 Jajpur: A car caught fire after crashing into a stranded truck in front of a petrol pump near Badachana police station in Jajpur district late last night. Fortunately, no injury or casualty has been reported in the mishap.

According to the sources, the speeding car en-route to Bhadark from Cuttack rammed into a truck parked on roadside at around 1 am. Following the crash, a fire broke out in the car and spread quickly.

Two persons, who were reportedly travelling in the car along with their pet dog, managed to escape before the fire engulfed the entire vehicle, sources added.

However, the Badachana police are still clueless about the occupants of the car.

Odisha to revise norms for payment of answer sheet evaluation