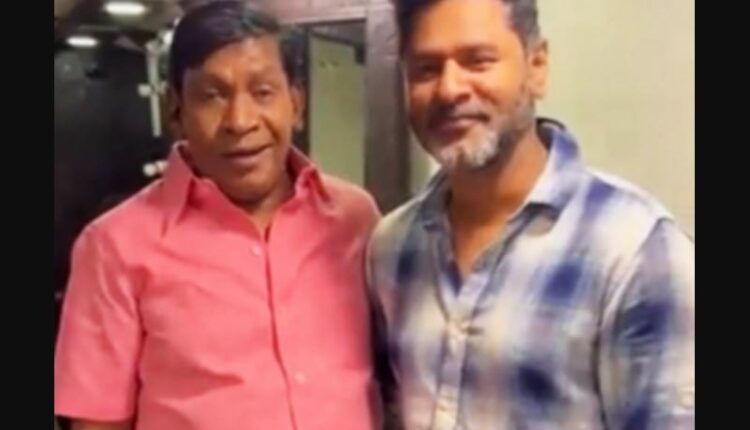 Chennai: A video put out by dance choreographer-actor-director Prabhu Deva on social media of comedian Vadivelu singing the famous “Sing in the rain” song, just like how he had sung it in a popular comedy sequence in the Tamil feature film ‘Manathai Thirudi Vittai’, is fast winning hearts on the Internet.

On Sunday, Prabhu Deva posted a video clip of himself with the popular Tamil comedian Vadivelu on Twitter. In the clip, Vadivelu sings the song in a funny fashion even as Prabhu Deva looks on. The clip has put a smile on scores of fans of Tamil cinema and has triggered rumours of both Prabhu Deva and Vadivelu working together.

the film. The film, which is being directed by Suraaj, has music by Santhosh Narayanan and is being produced by Lyca Productions.