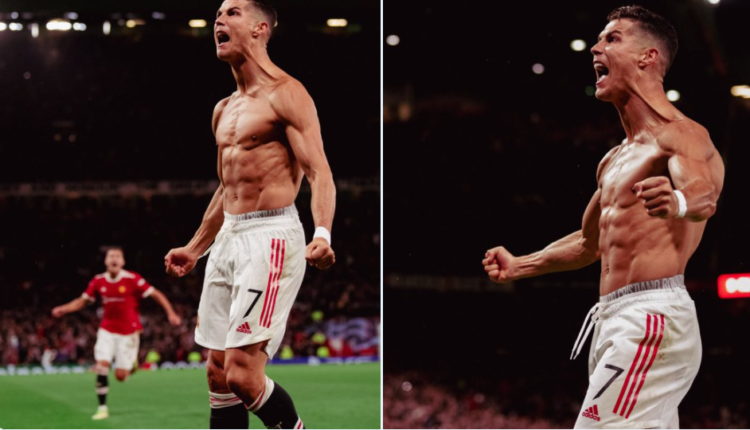 On a day he celebrated a Champions League appearance record, Ronaldo sensationally won Manchester United’s first points in Group F in the dying seconds to beat the Spaniards 2-1 in a thrilling finale on Wednesday.

Villarreal had rocked United when they took the lead with an opportunistic strike by Paco Alcacer after 53 minutes. Alex Telles, with a brilliant hit, scored the first goal of his United career to equalise after 60 minutes.

But just when it was looking that United will have to be satisfied with one point, Ronaldo struck the winner and the Old Trafford erupted in joy as United exacted revenge for their Europa League defeat against the Spaniards in May 2021.

It was goalkeeper David De Gea who saved United the blushes in the first half as they came under pressure from a visiting side more famed for its stubborn defensive resilience.

De Gea may have more reasons than most to avenge the memories of Gdansk after his penalty was saved in the Europa League final. His first call into action in the sixth minute was a relatively easy one as he stood up to a one-on-one with Arnaut Danjuma and the former Bournemouth forward fired right at him.

But, four minutes later, the Netherlands international drew the best from De Gea as he curled a right-footer that the United goalkeeper leapt to steer wide. De Gea was in the thick of it again when saving brilliantly from Alcacer.

United’s only serious effort at goal, despite a bright opening, was limited to a Ronaldo header that was saved by the Villarreal goalkeeper.

Villarreal kept up their adventurous approach but United were let off the hook when ex-Liverpool player Alberto Moreno shot high and Yeremi Pino and Alcacer also missed good chances.

United’s new-look defence, without Harry Maguire, Luke Shaw, and Aaron Wan-Bissaka, faced some difficult times in the first half. It was a frustrating time for their attack ‘oo as they couldn’t test Villarreal keeper Geronimo Rulli.

United almost struck a fortuitous blow two minutes before half-time when a searching Paul Pogba crossfield pass, intended for Mason Greenwood at the far post, was intercepted by a stretching Moreno and he only just turned it for a corner and saved himself the embarrassment of an own goal.

The half ended as it started with De Gea once more the hero, as he stuck out a right hand to stop an attempt from Pino.

Villarreal’s first-half danger sadly turned into a goal in the 53rd minute as the Spaniards got behind Dalot and a cross from Danjuma was prodded home at the near post by Alcacer, for a simply worked opener.

Bruno Fernandes reacted with a bullet strike from a distance as United looked for an immediate answer. That response came from Alex Telles a few minutes later.

Before coach Unai Emery could organise Villarreal to sit on the lead, United were level. A Fernandes free-kick from the right was lofted out to Brazilian Alex Telles, who was hovering close to the edge of the area. The full-back unleashed a thunderous left-foot volley that arrowed into the b’ttom corner with Villarreal’s keeper Rulli only reacting after the shot had flashed past him.

There was a flurry of substitutions by both managers as Villarreal looked to hold onto their point and United going for a turnaround, particularly with Edinson Cavani coming on for Paul Pogba. Cavani almost scored minutes after his introduction. The Uruguayan connected with an excellent Greenwood cross but couldn’t keep his close-range effort on target.

Villarreal kept counter-attacking and, once again, it was De Gea who was the hero as he saved firstly from Moi Gomez and then smothered a follow-up from Boulaye Dia before United scrambled the ball away, with Telles making a crucial block.

Ronaldo then turned the match on its head in his record 178th appearance in the Champions League, to win the match five minutes into added-on time.

A cross from substitute Fred was nodded by Ronaldo and he reacted quickly as the loose ball from his knockdown was poked to him by Jesse Lingard as he somehow squeezed a powerful shot into the net to claim three points for United.

Cyclone Shaheen Landfall: Here’s what models indicate about the system