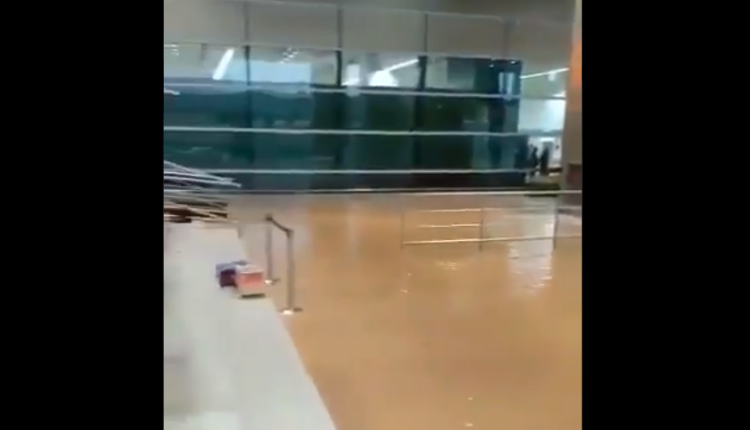 This is Delhi airport terminal which now has been renamed as ferry terminal pic.twitter.com/8wAvA88Y83

Traffic policemen are actively diverting the traffic to avoid any kind of further disruption.

Commuters on their way to offices have taken shelter under bus stops, metro stations or whichever place or platform they could find nearby.

The Indira Gandhi Airport (Terminal-3) was also waterlogged, affecting several flights. Vistara, SpiceJet and Indigo tweeted travel update: Due to waterlogging on account of heavy rains in Delhi, traffic congestion is expected. Customers travelling are advised to allow more time for their journey to the airport.

At 7.20 a.m., the India Meteorological Department tweeted: “Thunderstorm with moderate to heavy intensity rain and gusty winds with speed of would continue to occur over and adjoining areas of many places of Delhi, NCR (Bahadurgarh, Gurugram, Manesar, Faridabad, Ballabhgarh, Loni Dehat, Hindon AF Station).”

The bulletin cautioned the national capital would see major traffic disruption on roads, as well as increased chances of accidents. It also warned of water accumulation in low-lying areas of the city.

According to the IMD, which issued an orange alert for rain on Saturday, despite a late monsoon, Delhi broke a decade-old record.

It’s all about money and IPL: Michael Vaughan on cancellation of 5th Test between India, England