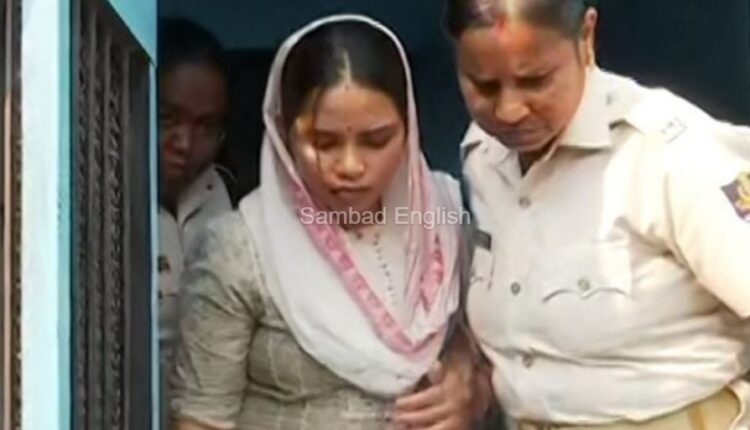 Bhubaneswar: Breaking silence for the first time after arrest, Archana Nag, prime accused in the sensational honeytrap and blackmail case, today told media persons not to telecast false news about her without substantiating it.

“Don’t air false news without any evidence. Media shouldn’t misuse its power,” she said while being taken by police to the Court of SDJM, Bhubaneswar.

Earlier in the day, she was brought to the court from the Jharpada Special Jail here amid tight security. She was produced before the court in connection with a case filed against her by Ollywood producer Akshay Kumar Parija.

He had lodged an FIR with the Nayapalli police alleging that Archana was demanding Rs 3 crore from him by blackmailing him with a video of intimate moments between him and a girl.

Archana is accused of extorting lakhs of rupees from politicians, businessmen and influential persons by blackmailing them with videos of intimate moments between her and them.

The Twin City Commissionerate Police had arrested her on October 7.

The case has sent shockwaves across the state with speculations being rife about the involvement of several senior politicians.

During probe, she was found in possession of palatial house in Bhubaneswar, luxurious cars and valuables worth crores.

Archana and her husband Jagabandhu Chand amassed assets worth around Rs 30 crore within a span of four years from 2018 to 2022, a police official said.

Apple confirms that it will use USB-C for iPhones