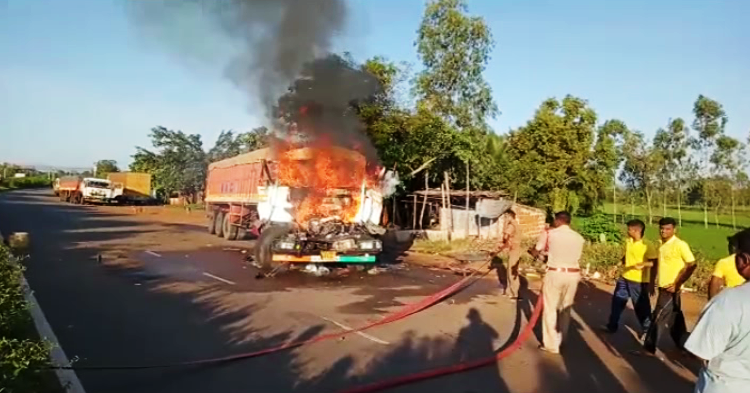 Khordha :  In a tragic incident,  a driver was charred to death after the truck he was driving caught fire following a road mishap near Harikunda Baradi Chhak under Nachuni police limits in Khordha district today.

Sources said the truck was en-route to Bhubaneswar from Berhampur, when it collided with another truck near Harikunda Baradi Chhak early this morning. A fire broke in front portion of the truck soon after collision and the driver was charred to death inside the vehicle. Besides, a helper suffered burn injuries in the mishap and has been admitted to hospital.

On receiving information,  firefighting team rushed to the spot and the vehicle was burning till that time. The firefighters doused  the flames and recovered the body from the vehicle. The front portion of the vehicle has completely been gutted in the fire.

Odisha Plus II Arts results to be out today; here’s how to check scores