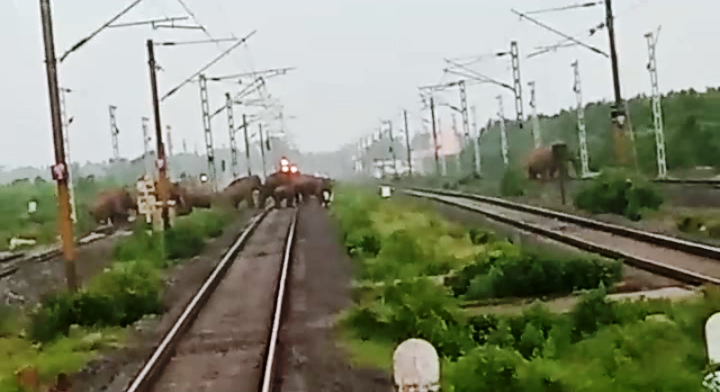 Athagarh:  A herd of around 20 elephants were narrowly escaped from being hit by a moving train near Machhyapur railway station in Khuntuni Forest Range under Athagarh Forest Division yesterday.

Sources said the elephant were crossing a rail track near the Machhyapur railway station, when a passenger train from Dhenkanal was running towards Manguli Chowdwar this morning. Soon after the loco pilot of the train saw the pachyderms, he immediately swung into action and stopped the train. The train resumed its services after all the pachyderms crossed the track.

A major mishap was averted as no elephant was killed or injured in the incident, said a railway staff.

Athagarh elephantselephants escape from being hit by train
Share FacebookTwitterGoogle+WhatsAppTelegramEmail