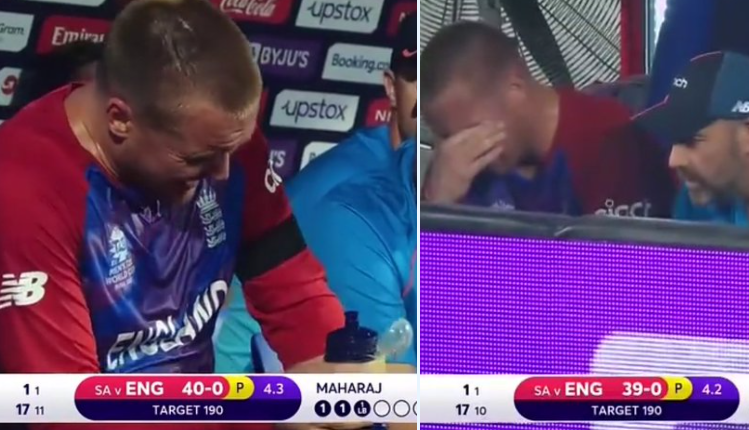 Sharjah: England were dealt a major blow as opener Jason Roy suffered a calf injury during the clash against South Africa at the ongoing ICC T20 World Cup on Saturday evening, which the Proteas won by 10 runs.

The injury seemed serious as the batsman could barely walk and hobbled off the pitch. The incident took place in the second delivery of the fifth over, when Jos Buttler and Roy took a single as the opener completed the run hopping on one leg and sat down on the ground before breaking down in tears.

Such was the impact of the injury, that the opener was forced to limp off the pitch with the help of teammate Tom Curran and England physio.

“It obviously didn’t look great. We’ll wait to see what his movement is like before we send him for a scan and go from there. We’re all hopeful that he comes through in some manner or there’s some remedy to get him through one or two games, but we need to do what’s best for Jason and the team,” said England captain Morgan at the post-match press conference on Saturday.