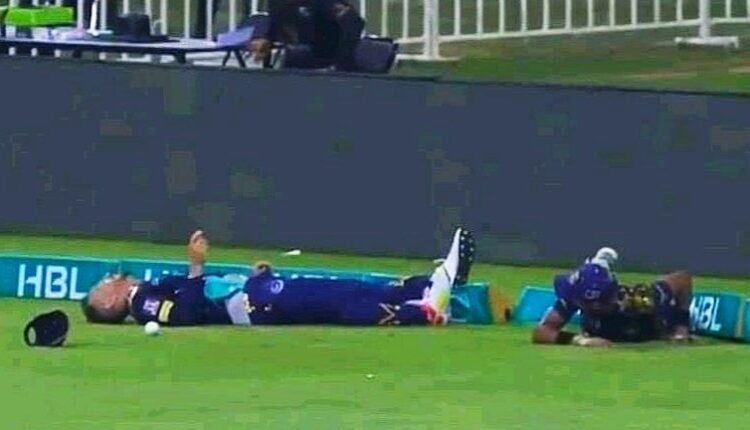 Abu Dhabi: A day after West Indies all-rounder Andre Russell was taken to a hospital here after being struck on the helmet by a bouncer, South African cricketer Faf du Plessis collided with Quetta Gladiators team-mate Mohammad Hasnain during a Pakistan Super League (PSL) match and was taken for scans.

Praying to Almighty for the speedy recovery and a good health for #FafduPlessis
May he #getwellsoon ! pic.twitter.com/TT1JaTGFCH

Du Plessis left the field soon after his collision with Hasnain in the PSL match against Peshawar Zalmi on Saturday. He was seen sitting in the dugout before being taken to a hospital here for scans. He did not take any further part in the on-field action.

The incident occurred during the seventh over of Peshawar Zalmi’s innings when David Miller played a shot towards long-on. Du Plessis and Hasnain, running from opposite sides, crashed near the boundary ropes with the Pakistani cricketer’s knee hitting the South African’s head.

Miller went on to score a 46-ball 73, while West Indian Rovman Powell provided the final flourish with an unbeaten 19-ball 43 to guide Peshawar Zalmi to an imposing 197 for 5.

In reply, the Quetta Gladiators couldn’t put up much of a fight and managed only 136 for 9 in the allotted 20 overs, losing by 61 runs.

This is the second blow for Quetta Gladiators after Russell, who suffered a blow on his helmet in the match against Islamabad United on Friday and was taken to hospital for scans.

Russell, who was replaced by fast bowler Naseem Shah under the concussion-sub rule, had smashed two sixes off Islamabad United’s Muhammad Musa in the 14th over before being struck by a bouncer.

Russell was seen being stretchered out of the dressing room to an ambulance during the first over of the second innings.

Headphones, earbuds likely to cause hearing trouble in children: Experts