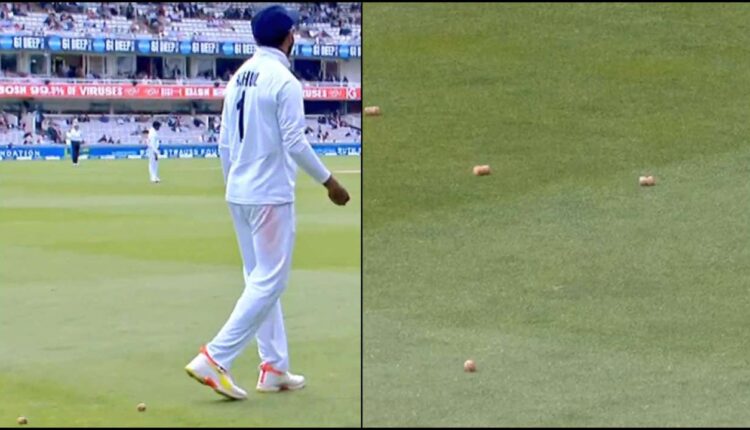 London: Fans at Lord’s threw bottle corks at India opener K.L. Rahul during the first session’s play on the third day of the second Test here on Saturday. However, the Indian cricket board has not lodged any complaint.

A Board of Control for Cricket in India (BCCI) source confirmed to IANS that the team management in England has decided to not lodge any official complaint after pictures of Rahul standing close to the boundary line and surrounded by bottle corks on the field emerged on social media as the first session drew to a close.

Skipper Virat Kohli was seen in a video clip asking Rahul to throw the corks back to the crowd.

Virat Kohli signaling to KL Rahul to throw it back to the crowd pic.twitter.com/OjJkixqJJA

Rahul, who is opening the innings alongside Rohit Sharma after regular openers Shubman Gill and Mayank Agarwal were ruled out due to concussion, had scored 129 in the first innings of the ongoing Test to help India post 364.

The 29-year-old Karnataka batsman had also scored 84 in the first innings of the first Test at Trent Bridge last week.