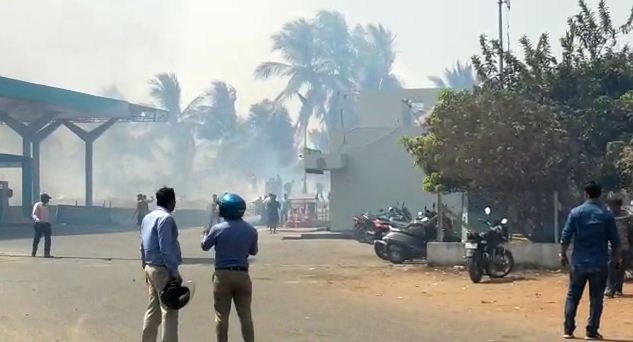 Cuttack: Panic gripped locals as a major fire broke out near a petrol station at Bamphakuda in Phulnakhara of Odisha’s Cuttack district, today.

According to reports, the fire broke out at a farmhouse located near the fuel station. Panic-stricken residents of the area were seen rushing out of their houses after the mishap.

On being informed, two Fire tenders, one each from Bhubaneswar and Cuttack, rushed to the spot and doused the flames before any major mishap could occur.