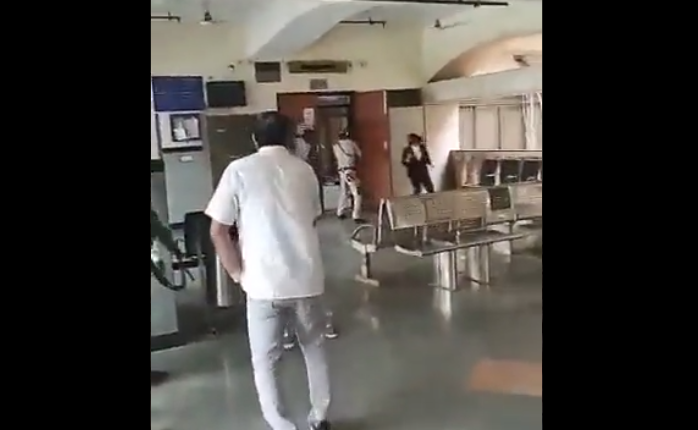 New Delhi: Three people were killed, including an undertrial gangster in a firing incident inside the Rohini Court here on Friday in a major security breach.

According to sources, the incident took place at the Rohini NDPS Court No. 207. Delhi Police Special Cell-nabbed gangster Jitender Singh Mann, alias Gogi, was being presented in the court. Gogi was shot dead by his rivals. Sources confirmed that the attackers were from Tilu Tajpuria gang.

Gogi was arrested by the special cell in April. He was involved in the killing of Haryana-based singer 22-year-old Harshita Dahiya, who was gunned down by assailants in 2017 in Panipat. Gogi carried a cash reward of Rs 4 lakh in Delhi and Rs 2.5 lakh in Haryana.

Scary: Gang war breaks out inside Rohini district Court in Delhi. Four killed in a shootout including Gangster Jeetendra Gogi. This is really insane. How did gangsters with arms enter a court premises in India’s national capital? pic.twitter.com/Sr23dY95y5

Confirming the incident, a Delhi Police spokesperson said a police team took swift action and launched counter firing. Two of the assailants were in lawyers attire and attacked the undertrial Jitender Gogi. “Both assailants died along with Gogi,” the spokesperson said.

“They killed Gogi and the cops shot them dead,” sources said adding that the Judge was present in the court at the time of the incident. A woman lawyer was also injured during the firing.

Delhi Police Commissioner Rakesh Asthana also confirmed that the attackers have been neutralized.