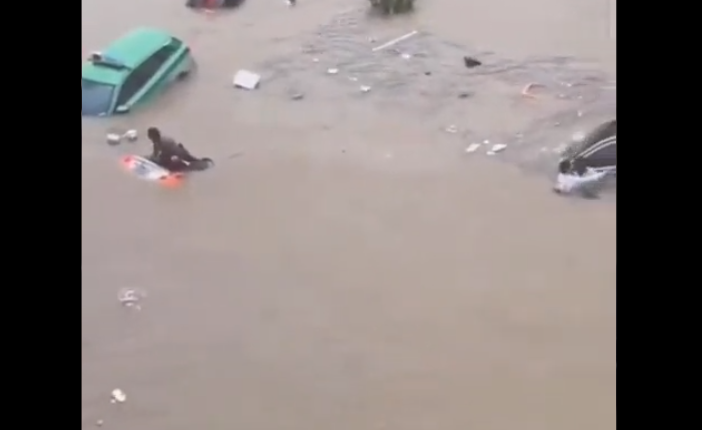 Beijing: The death toll in China’s rain-ravaged Henan province has increased to 58 as record downpours wreaked havoc, according to the local government.

While five persons were still reported to be missing, more than 9.3 million people across the province have been affected and over 1.1 million local residents were forced to relocate to safer places, reports Xinhua news agency.

Over the 24-hour period, six monitoring stations in Henan registered precipitation of over 50 mm.

Local rivers, including Dasha and Anyang, were swollen due to continual rainfall, and 13 large and 44 medium-sized reservoirs in the province saw water level exceed flood season marks.

Major transport routes in Henan blocked due to torrential rain affected the supply of thermal coal.

To ease thermal coal shortage in the province, the country railway system has unveiled a transportation plan, requiring major coal-producing areas including Shanxi, Shaanxi and Inner Mongolia to dispatch 60 coal trains to Henan each day.

This white-shirt man,
rescued five people Tuesday
at the entrance of a tunnel in Zhengzhou, central China,
after heavy rains and floods.

To help restore local agricultural production, China on Saturday dispatched four teams comprising experts to the rainstorm-hit provinces of Henan and Hebei to mitigate losses due to the disaster, according to the Ministry of Agriculture and Rural Affairs.

The experts will conduct on-the-spot investigations to understand the condition of autumn grain crops, analyse and evaluate the impact caused by the disasters, and put forward measures for disaster prevention and mitigation, the Ministry added.