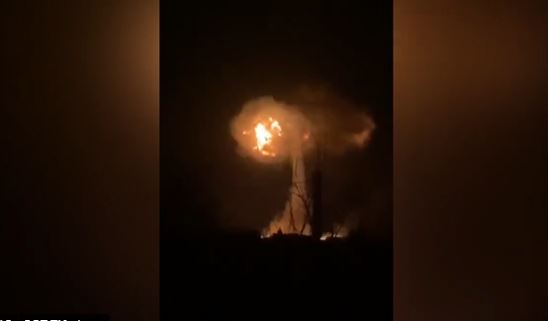 Kyiv: An explosion on a gas pipeline occurred in Ukraine’s eastern city of Kharkiv on Sunday, the government-run Ukrinform news agency reported.

As per sources from the Kharkiv Regional Civil-Military Administration, the Russian forces blew up a gas pipeline in the city’s Danylivka district in the early morning, Xinhua reported citing the Ukrinform news agency.

The footage shows a gas pipeline on fire in Kharkiv after a Russian attack.

There is yet no second source confirming Russia’s role in the blast.