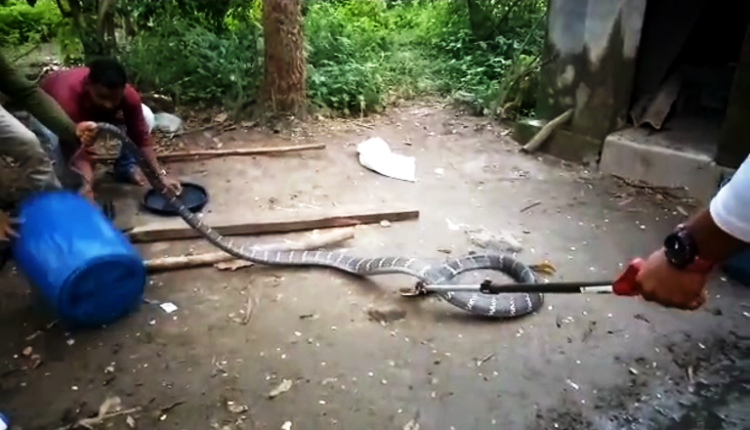 Malkangiri: Family members of one Sushant Patra of Niladrinagar in Balimela of Malkangiri district were panicked a lot after a giant King Cobra was spotted inside a toilet of the house in wee hours today.

However, the reptile was later rescued by snake catchers before being released into forest.

Reports said when Sushant’s son was taking bath outside the toilet, he spotted a 15-foot-long King Cobra and immediately informed his family members. Later, a forest staff was called in for help, following which Forester Sibu Lenka reached the spot and rescued the snake with help of two local youth.

“We received a call at around 5 AM. I and my team went to the spot and rescued the King Cobra weighing around 15-20 kg. I have so far captured around 2,500 snakes but had never seen such a huge one in my entire job career,” said Lenka.