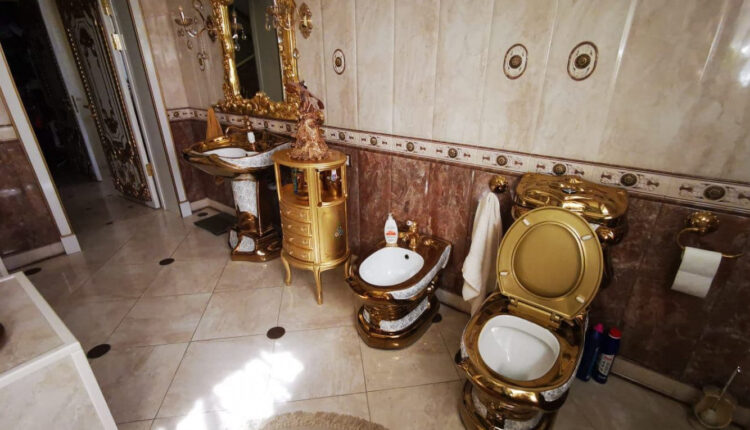 During the various raids conducted by police officials, the top cop’s golden toilet bowl at his opulent residence in the Stavropol region of southern Russia stole the show.

Police colonel Alexei Safonov’s abode looked more like a luxury real estate advertisement and less like a house owned by a police officer. The Investigative Committee released footage of their raid that has gone viral on social media.

The Investigative Committee said in a statement that Safonov and six of his subordinates were held on allegations of receiving 19 million rubles ($255,000) in bribes in exchange for illegally providing grain transportation licenses. As per the statement, this practice was in play ‘for several years’. If found guilty, Safonov could be put behind bars for eight to 15 years.

According to pro-Kremlin United Russia party lawmaker Alexander Khinstein, more than 35 members of the Stavropol traffic police department were detained in connection with the scam.

“A real mafia was operating in the region,” Khinshtein wrote on social media.