Watch: Hijab-wearing girl turned away from nationalised bank in Bihar, misbehaved by employees 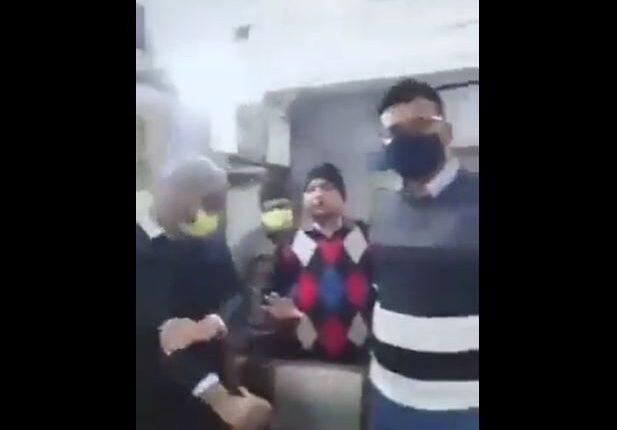 Patna: A Hijab-wearing girl in Bihar’s Begusarai district was stopped from making transactions in a nationalised bank, an official said.

The girl recorded the incident and shared it on social media on Sunday. The incident took place on Saturday when the girl had gone to UCO bank of Mansoor Chowk branch in Begusarai to withdraw money.

As per the video, three to four bank employees asked her to remove the hijab and only then apply for the withdrawal of the money. The girl strongly objected to it and called her parents. They asked the employees to show written notification that Hijab is not allowed inside the bank.

“My daughter and I used to come to the bank every month but no one had ever objected in the past. Why are they doing it now?. If any such thing has been implemented in Karnataka, why are they implementing it in Bihar? Do they have any written notification about banning Hijab in banking operations?” her father asks in the video.

Meanwhile a girl in UCO Bank, Bihar told to take off her Hijab to withdraw cash. This video is from Begusarai Mansoor chowk.#HijabRow #Bihar #Islamophobia_In_India pic.twitter.com/Z5eCpXNpzx

The employees also asked them to stop recording the incident which the woman and her family refused.

The video was uploaded on social media and re-tweeted by RJD leader Tejashwi Yadav. While tagging Chief Minister Nitish Kumar, Tejashwi asked: “To what extent can you go to secure your post? I understand that you have mortgaged your ideology, policies, moral responsibility and conscience before BJP but you have taken the oath of the Constitution of the country. Respect the Constitution at least and arrest the alleged employees.”

Meanwhile, UCO bank from its official twitter handle has given a statement on this incident: “Bank respects the religious sentiments of the citizens and does not discriminate it’s esteemed customers on the basis of caste or religion. Bank is checking the facts on this issue.”