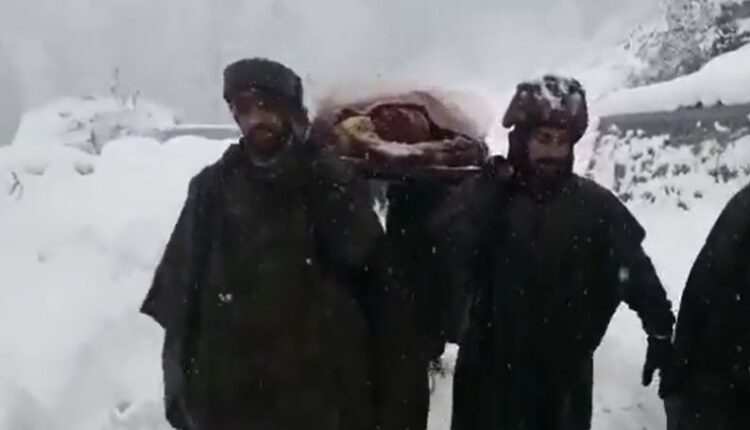 Srinagar: A video clip showing the Indian army soldiers carrying a pregnant woman to hospital on their shoulders amid heavy snowfall in J&K’s Uri sector is doing the rounds on social media on Sunday.

“Braving continuing heavy snowfall and knee deep snow on ground, the soldiers carried the woman on their shoulders over a distance of 6.5 Kms to the primary health centre.”

#WATCH | Amid heavy snowfall, Indian Army medical team conducted an emergency evacuation of a pregnant woman from Ghaggar Hill village near LOC and brought her to an ambulance at Salasan in Baramulla, Jammu & Kashmir. pic.twitter.com/jAUsnnawDd

In another incident during the recent heavy snowfall, the Army, on its Twitter page, said: “Chinarwarriors got a distress call from Ramnagri in #Shopian for urgent medical assistance for a pregnant lady. In heavy snowfall, evacuation team carried the lady on a stretcher & brought her to District Hospital #Shopian.

“Family blessed with a baby boy”.

These gallant acts have been greatly appreciated by the local people as they reflect the humanitarian character of the Indian Army.