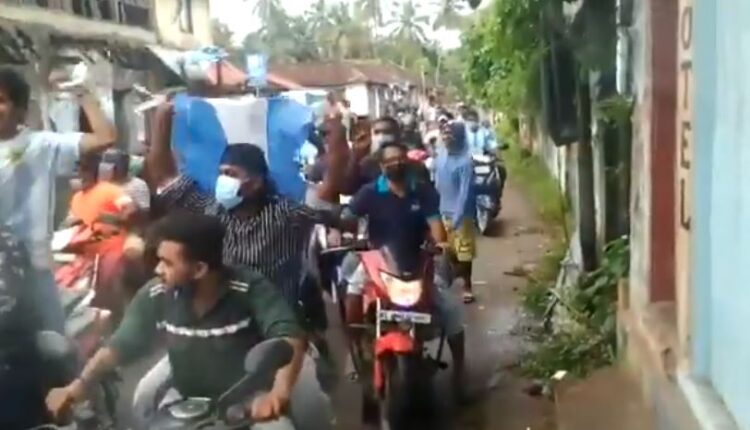 New Delhi: A night to remember for all supporters of Argentina when Lionel Messi and his teammates edged past Brazil to become the Copa America champions at the Maracana Stadium on Sunday. Their 15th Copa America title, first since 1993, helped Messi fill one of the biggest gaps in his illustrious football career — a trophy in Argentine jersey.

The win sent social media on fire, with wishes coming for Messi from Indian fans around the country and globe.

Google CEO Sundar Pichai was one of the first persons to share his joy for Messi and Argentina. “Messi has given so much joy over the years and arguably the best ever, so well deserved. Congrats Argentina, well played Brasil. Jogo Bonito. #CopaAmerica,” Pichai tweeted.

A fan tweeted a 26-second video of young men in Kerala out on their scooters with the Argentina flag in hand, celebrating the win.

Stand-up comedian Abijit Ganguly had a funny take on Messi’s win, equating the win to Sachin Tendulkar winning the 2011 World Cup title. “Argentina’s ‘We did it for Sachin’ moment,” tweeted Ganguly.

Former Congress spokesperson Sanjay Jha praised the goal scorer in the final, Angel Di Maria. “Angel. That’s what you are Di Maria. I am thrilled for Argentina. And for the great Lionel Messi (Argentina flag emoji),” Jha tweeted.

Malayalam and Tamil cinema actor Nivin Pauly expressed his happiness on Argentina breaking the trophy drought. “The wait is finally over!!! Congratulations to Messi & Argentina!! What a match this is! (heart emoji) #CopaAmericaFinal,” tweeted Pauly.

Post the Copa America triumph, Messi’s future is still undecided. He’s a free agent in club football after his Barcelona contract ended two weeks ago. On the international front, Messi might be eyeing the FIFA World Cup in Qatar in December next year.

For now, Messi and Argentina’s Indian supporters are enjoying the win.