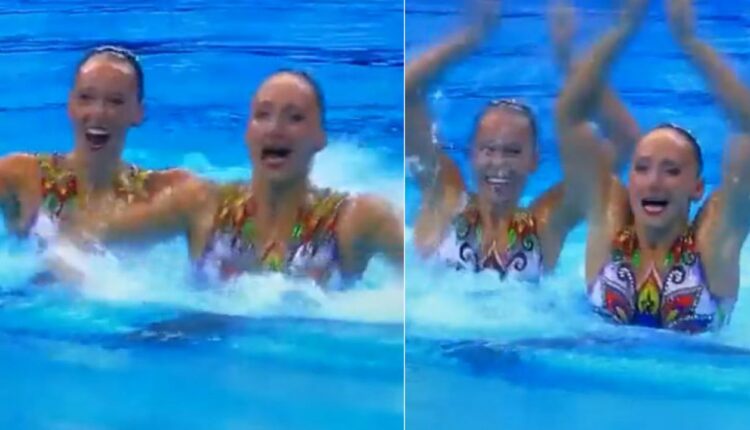 Tokyo: Although they failed to qualify for the 12-team final in artistic swimming, finishing 15th among 21 teams, Israeli duo Eden Blecher and Shelly Bobritsky managed to create waves on social media.

The Indian twitteratti went crazy, some expressing gratitude, over the performance of the debutant Israeli swimming duet even though it failed to impress the judges as much.

“Thank you so much Team Israel for this!!! You have no idea how excited I was to hear and see this!! AAJA NACHLE!!! #ArtisticSwimming #Olympics #Tokyo2020,” said one of the users.

“Synchronized swimming is being performed to Aaja Nachle!!,” added another user.

For the uninitiated, ‘Aaja Nachle’ is a song from a movie of the same name featuring actor Madhuri Dixit, a superstar of yesteryear.

The Israeli consulate in Mumbai also got excited and asked the actor for her response.

“Bollywood is taking over the @Olympics as #Israeli swimmers Eden Blecher and Shelly Bobritsky perform to Madhuri Dixit’s ‘Aaja Nachle’ at #TokyoOlympics2020. @MadhuriDixit how did you like the performance?,” tweeted Israel in Mumbai handle.

5 youngest medal winners of Tokyo Olympics; youngest is only…