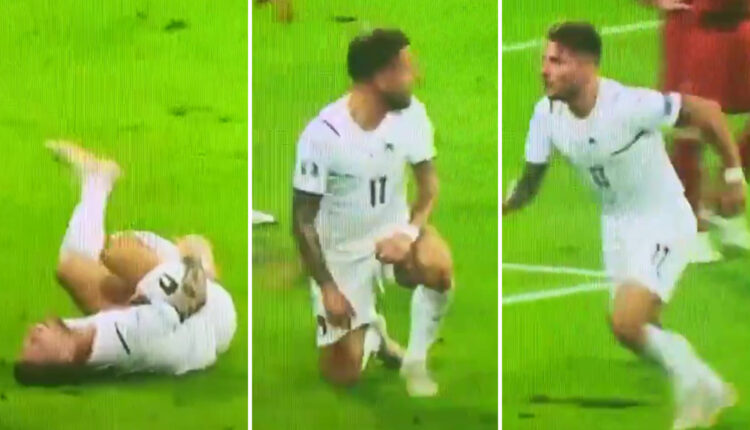 Munich: Italian footballer Ciro Immobile’s sudden recovery to celebrate his team’s first goal in the Euro 2020 quarter-final against Belgium on Friday night after he lay writhing in pain has left football experts unamused.

The Italy striker fell on the ground after a touch from Jan Vertonghen during a fight for the ball in the 31st minute. He started to writhe in pain apparently to catch the referee’s attention for a penalty, leaving a Belgian defender annoyed.

But when Nicolo Barella scored for the Azzurri after slotting a shot past goalkeeper Thibaut Courtois, Immobile suddenly got up and started running towards teammates for celebration.

From Immobile to Mobile real real quick!! This is everything that is wrong with football in 2021 guys!! 😔 pic.twitter.com/aYZryEt8vr

Another former England footballer Alan Shearer said, “It is pathetic, it is embarrassing.”

“I don’t even want to laugh at that, that’s pathetic you can see him have a look at the referee before he goes down,” Shearer added.

19-year-old girl tied to tree, beaten brutally for running away from husband