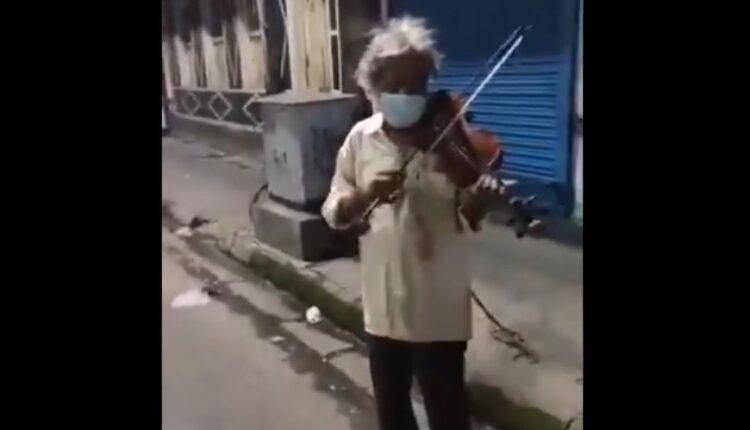 Kolkata/Bhubaneswar: A new viral video on social media from Kolkata has taken everyone by storm.

A 2-minute video clip of a man playing the violin in the streets of Kolkata has caught everyone’s attention. The insanely talented musician can be seen recreating some of the biggest hits of Bollywood like Ajeeb Dastan Hai Yeh from the movie Dil Apna Preet Parai and Diwana Hua Badal from the 1964 classic Kashmir Ki Kali.

A social media user uploaded the clip on the internet with the caption, “Watch this old man’s talent from Kolkata.”

The video has earned over a hundred thousand views on Twitter with thousands of likes and retweets.

“He’s an artist who is struggling and was entertaining people in Kolkata during the lockdown,” wrote the social media user who uploaded the video.

After a few hours of uploading, the talented violinist was identified as Bhogoban Mali, a Kolkata resident.

Taking to Twitter, music director Savvy Gupta wrote, “His name is Bhogoban Mali, he resides somewhere around Girish Park what I came to know..,One-time help won’t work for these artists if someone can do something for the long run that will be a real help I guess. Not only for him for all the talented artists like him.”