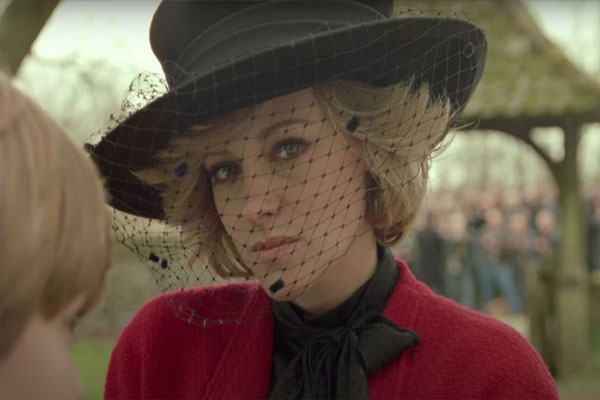 Los Angeles: The trailer of Kristen Stewart-starrer ‘Spencer’ has been unveiled and the actress looks every bit as Princess Diana from her grand outfits to the hairstyle and even the late British royal’s accent.

In the two-minute and 17-second trailer of ‘Spencer’, the upcoming biographical drama about the beloved figure, the American actor channels the tortured British royal with ease, reports variety.com.

Directed by Pablo Larrain, ‘Spencer’ grapples with Diana’s decision to end her marriage to Prince Charles essayed by Jack Farthing.

The movie isn’t completely true to fact, but instead is a re-imagining of what might have happened during that fateful holiday period in 1991.

The ‘Spencer’ trailer captures a sad reality for Diana, the Princess of Wales: the glitz and glam that accompanies life at the Queen’s Sandringham Estate isn’t without intense scrutiny.

Bracing herself for Christmas festivities, filled with eating and drinking, shooting and hunting, Diana assures herself: “Three days, that’s it.”

At one point in the trailer, her son asks: “Mommy, what’s happened to make you so sad?”

Later, Charles tells her: “You have to be able to do things you hate.”

“There’s no hope for me,” she concludes in the trailer. “Not with them.”

‘Spencer’, from Neon and Topic Studios, is scheduled to release in theatres on November 5.