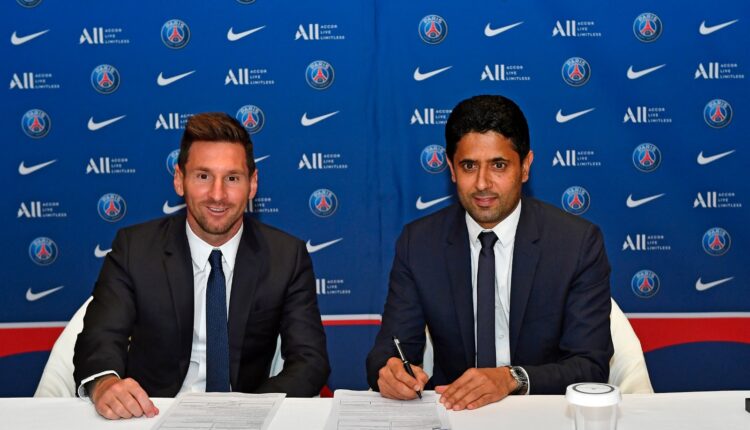 Paris: Lionel Messi completed his move to Ligue 1 side Paris Saint-Germain on a two-year deal on Tuesday.

Hundreds of fans had been waiting at the Paris airport since Monday as the 34-year-old Argentine had been linked with PSG right after his shock departure from Barcelona was announced.

Neymar not to play in Argentina-Brazil World Cup qualifier; Here’s why

Messi, wearing a T-shirt which wrote “ici c’est Paris (this is Paris)”, waved to the fans when walking out of the airport.

PSG released a video later in the afternoon on its official website which heavily implied that the signing is completed. A news conference will take place in the auditorium of the Parc des Princes on Wednesday at 11:00 am, Xinhua reports.

According to the French newspaper L’Equipe, Messi has agreed to a two-year deal with the option of a third-year with PSG.

Messi is the latest of the big-name arrivals at PSG on a free transfer this summer after coach Mauricio Pochettino’s side snapped up Spanish defender Sergio Ramos after he left Real Madrid. Dutch midfielder Georginio Wijnaldum also joined from Liverpool.

The arrival of Barcelona’s all-time top scorer will definitely boost PSG’s hopes of winning the Champions League for the first time.

Messi and his family were also pictured at Barcelona’s El Prat airport earlier on Tuesday afternoon and when asked by reporters whether his son would be joining PSG, Jorge Messi answered “yes”.

His contract is reported to be worth $35 million a year after tax.