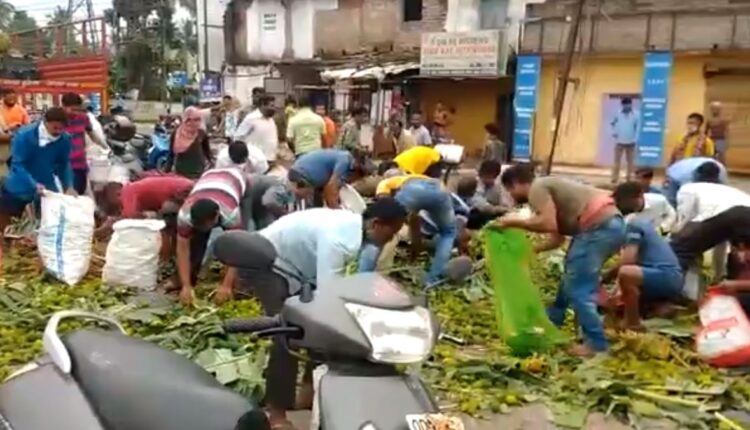 Bhubaneswar: In a bizarre incident, locals looted vegetables near Palasuni flyover in Odisha capital after a truck carrying those met with an accident, this morning.

#Watch: Locals loot vegetables at Palasuni in #Bhubaneswar as a truck carrying those meets with accident. pic.twitter.com/cn8yWJgDK0

Several citizens were seen collecting the vegetables from road and carrying the same in bags. COVID-19 guidelines were blatantly violated at the place due to the rush.

Vehicular movement was affected on the portion of the road as many passersby stopped at the spot with their vehicles, thereby creating traffic jam.

On being informed, police reached the place and initiated efforts to restore normalcy.