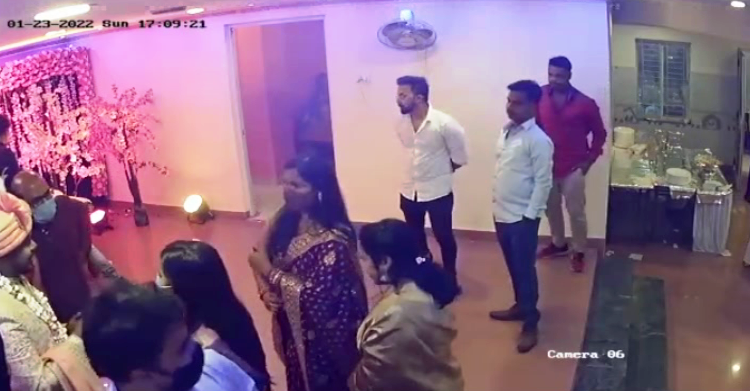 Bhubaneswar: Looters are on prowl in and around the state capital with miscreants adopting new techniques to operate their crime syndicate. In a movie style, two unidentified miscreants in disguise of ‘Baraatis’ came to a wedding venue at Kesura Chhak on the city outskirts before decamping with jewellery and valuables worth lakhs of rupees.

The incident took place in the night of January 23.

Reportedly, two miscreants, including a minor boy, arrived at Pallavi Mandap near Kesura Chhak. Impersonating themselves as ‘Baraatis’, the two first went to the dining hall to have food. Later, they managed to steal gold jewellery and other valuables worth over Rs 2 lakh from the bride’s side before fleeing the spot.

The entire incident has been captured on CCTV camera.

Meanwhile, a case has been registered at Saheed Nagar police station here in this regard.

Based on the CCTV footage, a probe into the incident has already been initiated, said police.