Watch: Man gets reunited with son who was kidnapped 24 years ago 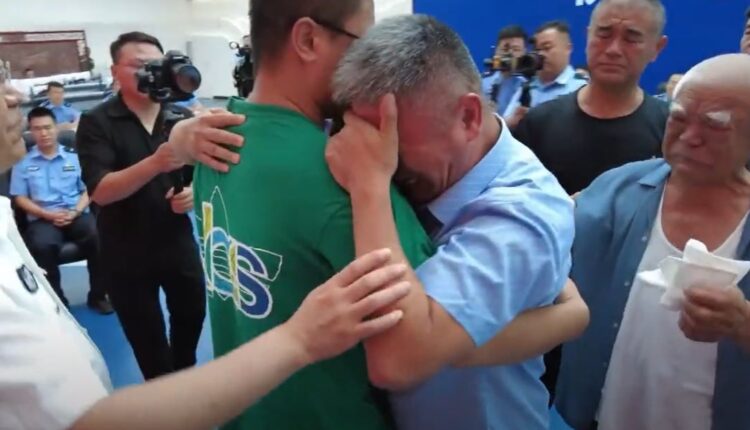 Bhubaneswar/Beijing: A new viral video has taken the internet by storm. The video features a father reunited with his son after 24 years.

The son was reportedly abducted from right in front of their house in China’s Shandong province by human traffickers when he was just two-years-old.

After his son’s abduction, the father, Mr Guo, spent 24 years searching everywhere for his son. He reportedly travelled for more than 5 lakh km across China on his motorbike. His bike featured photos of his son, Guo Xinzhen. Mr Guo’s search even attracted huge media attention and even inspired a 2015 movie starring Andy Lau, a Hong Kong movie star.

The father’s frantic search came to an end when the father-son duo reunited after a quarter of a century in front of a police station on Tuesday.

“Now that the child has been found, everything can only be happy from now on,” said Mr Guo, 51.

As per reports in China, two persons have been arrested in connection with the 1997 kidnapping case. Chinese police used DNA testing to confirm the son’s identity.

The two persons arrested were identified as a man named Hu and a woman named Tang who kidnapped Mr Guo’s son when they spotted him playing alone outside his house. They took the son to Henan province of China and sold him there.

Mr Guo’s 24-year-search saw him go through 10 motorbikes, several accidents and broken bones. In his search for his own son, Mr Guo was able to reunite many families with their missing children.