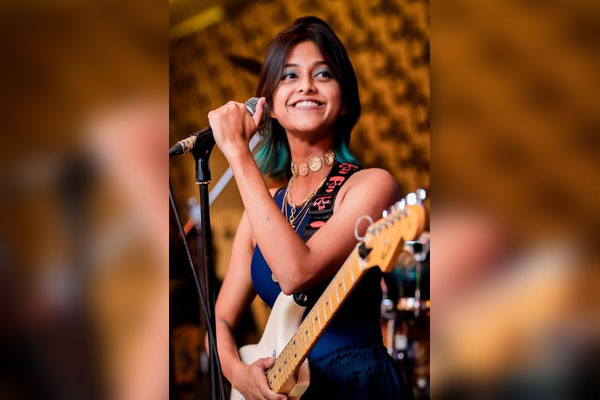 Hyderabad/Bhubaneswar: ‘Manike Mage Hithe’ fame Yohani Diloka de Silva is currently in India. A couple of days ago, the Sri Lankan songwriter and YouTuber performed for a live audience in Hyderabad.

A four-minute forty-two second video was shared on Yohani’s official Instagram profile in which she is seen singing her recent hit song ‘Manike Mage Hithe’ in front of a handsome audience gathered in what seems to be a huge hall.

The singer is recorded singing the same song on repeat mode for almost over four minutes and the audience grooving in with her singing. Some people are also seen clicking selfies and groupies of themselves in front of the stage where the Sri Lankan singer was performing.

Yohani ends her performance saying, “Thank you so much Hyderabad. You guys have been amazing…”

The video of Yohani’s Hyderabad concert has so far marked over 2 lakh views. Netizens sent her quite some love by posting comments on the wall. While one user wrote, “Welcome to India,” another wrote, “Yohani is on another level now.”

People from various corners of India, through their comments on Yohani’s wall, requested her to visit their respective hometowns and perform there as well.

Yesterday, Yohani posted on social media a photograph of her with actress Jacqueline Fernandez, who also happens to have roots from Sri Lanka. “raat gayi so baat gayi… #SriLankan,” she captioned.

Jacqueline also commented on the post which read, “So so proud of you.”

Earlier, during an interview, Yohani had talked about her love for Bollywood music. She also named two Bollywood movie songs that she often listens to ‘Pehla Nasha’ and ‘Hosanna’.

Yohani has been pursuing her career in music for quite some time now. However, only recently, she gained recognition in many countries including India with her latest song ‘Manike Mage Hithe’, which went viral on social media and created a fanbase for her beyond the boundaries of her country.