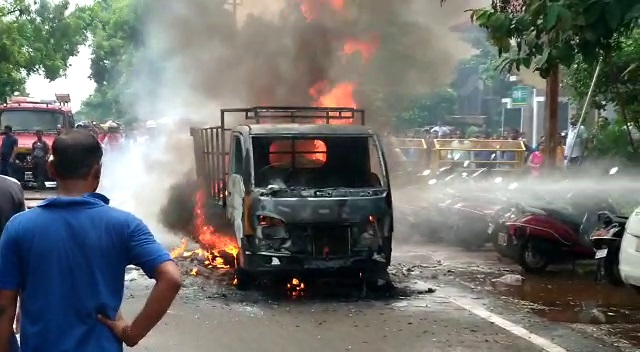 Bhubaneswar: Panic spread among commuters after a moving mini truck caught fire near KIIT University here in the city today.

The vehicle (Tata Ace) was completed gutted in fire.

Though the fire has been put under control, the reason behind fire outbreak is yet to be ascertained.

According to reports, the fire broke out near campus No. 10 of KIIT University located at Patia area in the afternoon.

The locals and commuters travelling on the road near the educational institution were panicked to witness the fire that completely engulfed the vehicle.