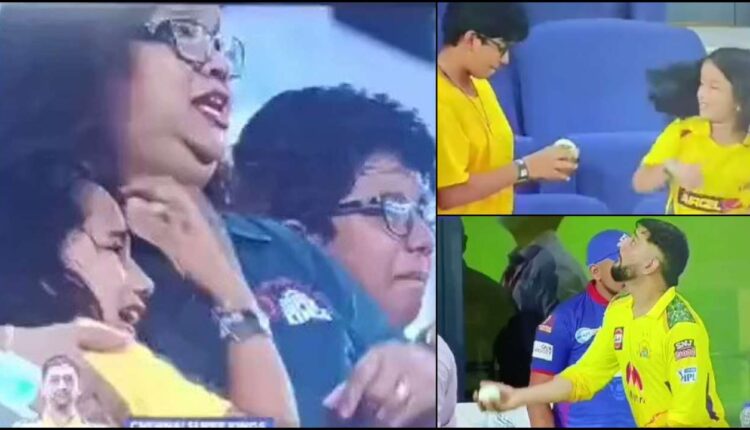 Dubai: MS Dhoni struck 18 off six balls as Chennai Super Kings beat Delhi Capitals by four wickets in Qualifier 1 of IPL 2021, making it to the final with a superb victory.

Following CSK’s superb victory, skipper Dhoni was caught by the cameras handing out signed cricket ball to an enthusiastic girl up on the stands. Video of Dhoni’s kind gesture has since gone viral on social media.

Chasing Delhi’s score of 172/5, Chennai reached 173/6 with two balls to spare. CSK needed 13 runs to win from the last six balls and Dhoni saw them through despite losing Moeen Ali on the first ball of the final over.

“It (last over) was a crucial one. Delhi have a very good attack, and they were exploiting the conditions well. They were using the bigger boundaries. So I felt it would be tough. That’s why we wanted set batters to continue till the end,” said Dhoni in the post-match press conference last on Sunday.