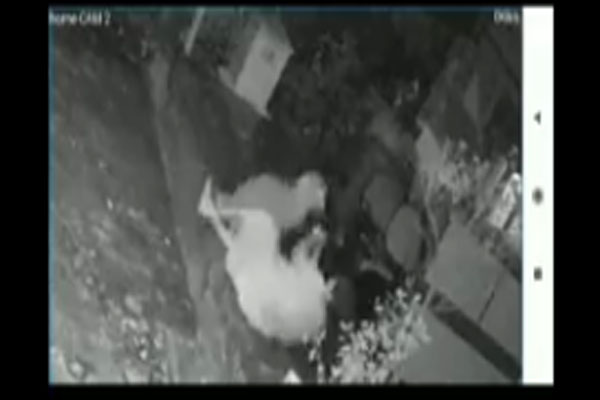 Bhubaneswar/Mumbai: CCTV footage of a quinquagenarian woman from Mumbai has surfaced on social media platforms where she’s recorded eluding what could have been her ill-fate.

Nirmala Devi Singh (55) who resides in Aarey dairy area of Mumbai, as reported by NDTV, was attacked by a leopard on Wednesday evening when she stepped out of her house. The CCTV footage tweeted by NDTV’s Sohit Mishra shows the leopard walking into the premises of the house. A moment later, Nirmala is seen slowly walking out of a room with the help of a walking stick.

Unaware, a leopard was lurking in the dark; she moves ahead and sits on what appears to be the porch of the house. The leopard suddenly tries to pounce on her from behind. However, the middle-aged woman acts on sudden reflex and starts hitting the animal with her walking stick. As a result, the leopard retreats and runs away.

Scary visuals of a woman being attacked by a leopard in Aarey colony today. The woman is safe and undergoing treatment. This happened near Aarey dairy.. pic.twitter.com/zTyoVzJ2HQ

With fortunes working in her favour, Nirmala survived the incident with some minor injuries. She’s now undergoing treatment for the same.