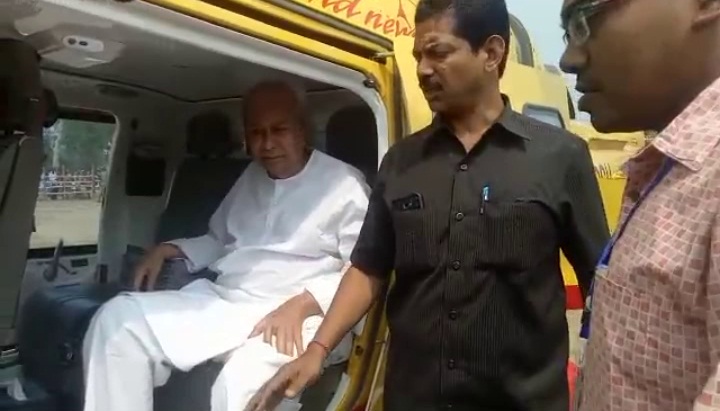 Rourkela: While ruthless behaviour by union minister Dharmendra Pradhan for inspection of his helicopter sparked criticism, a latest video of Chief Minister Naveen Patnaik showing him in cooperating with the Election Commission officials in frisking hit the headlines.

Instead of using his power and showing his boastfulness, in the video Patnaik was seen extending all his cooperation to the Election Commission surveillance team in inspection of his chopper during his tour to Rourkela for poll campaign on Tuesday. The CM’s good gesture during the election campaign sends a positive signal to the political bigwigs.

As soon as the Biju Janata Dal (BJD) Supremo landed at Raghunathpali helipad in Rourkela on a chopper for a public meeting yesterday, the EC team started conducting frisking his articles and items. Without being indulged in spat or hindering on-duty officials, Patnaik was seen sitting inside the chopper and waiting to complete the inspection process while the crowd gathered on the ground waving at him.

The incident took place on the same day when Union Petroleum Minister and BJP leader Dharmendra Pradhan drew media attention for heated argument with some policemen, who approached him for checking his helicopter in Sambalpur as per the Election Commission guidelines.