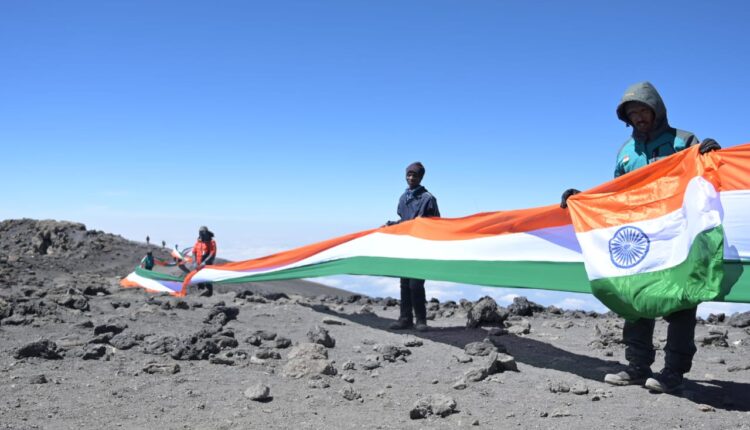 Bhubaneswar: Young mountaineer from Odisha, Nilachal Parida, earned a feather in his cap by climbing the Mount Kilimanjaro in Africa and displaying 575 ft-long tricolour atop its Uhuru peak.

On occasion of 75 years of India’s Independence under Azadi Ka Amrit Mahotsav, a five-member team led by Nilachal Parida along with 16 other mountaineers from other countries has set a world record by scaling the highest mountain in Africa.

At 5,895 meters (19,341 feet) above sea level, Mount Kilimanjaro is the highest mountain in Africa and the tallest freestanding mountain in the world. At 10.30 am on August 21, Parida along with Chinmay Singh and Srikanta Khuntia successfully climbed the mountain, while two other adventure enthusiasts in the team — Minati Purty and Aditya Khadenga — failed in the mission due to health complications and poor weather. They had to return to the base camp. 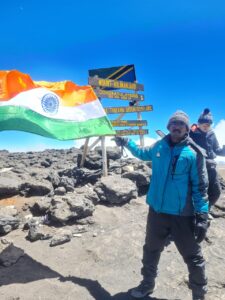 Total 15 mountaineers in the team including three from Odisha achieved the feat, a press release stated yesterday.

Headless body of youth recovered from forest in Odisha