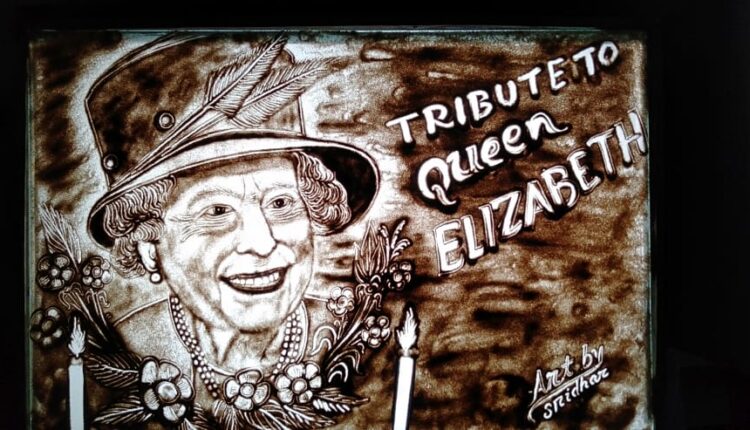 The Odia artist carved a beautiful sculptor of Queen Elizabeth II in her honour to say final goodbye to the queen.

The United Kingdom is in national mourning following demise of Queen Elizabeth II. The preparations are underway for funeral scheduled today.

Meanwhile, the lying-in-state continues at Westminster Hall, where mourners are in queue to see the Queen’s coffin.

The State Funeral will be held in Westminster Abbey today. The event will be broadcast in the UK, the Realms, the Commonwealth and around the world.

After reigning for 70 years, Queen Elizabeth II died peacefully at her Scottish estate Balmoral on September 8. She was 96.